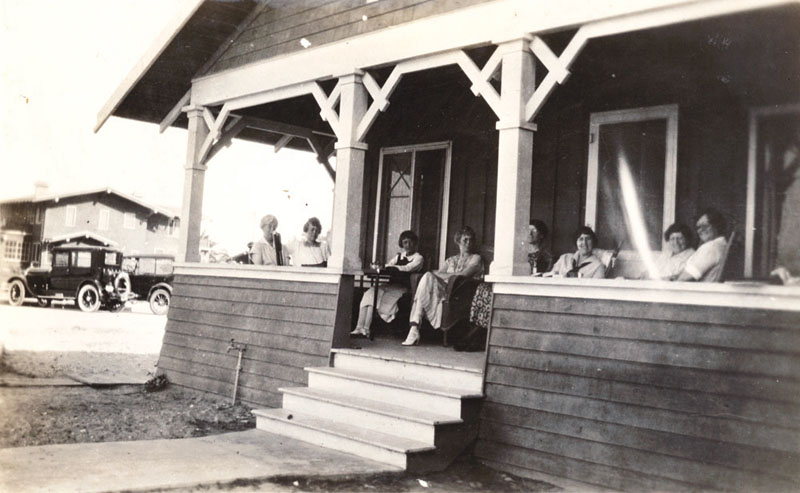 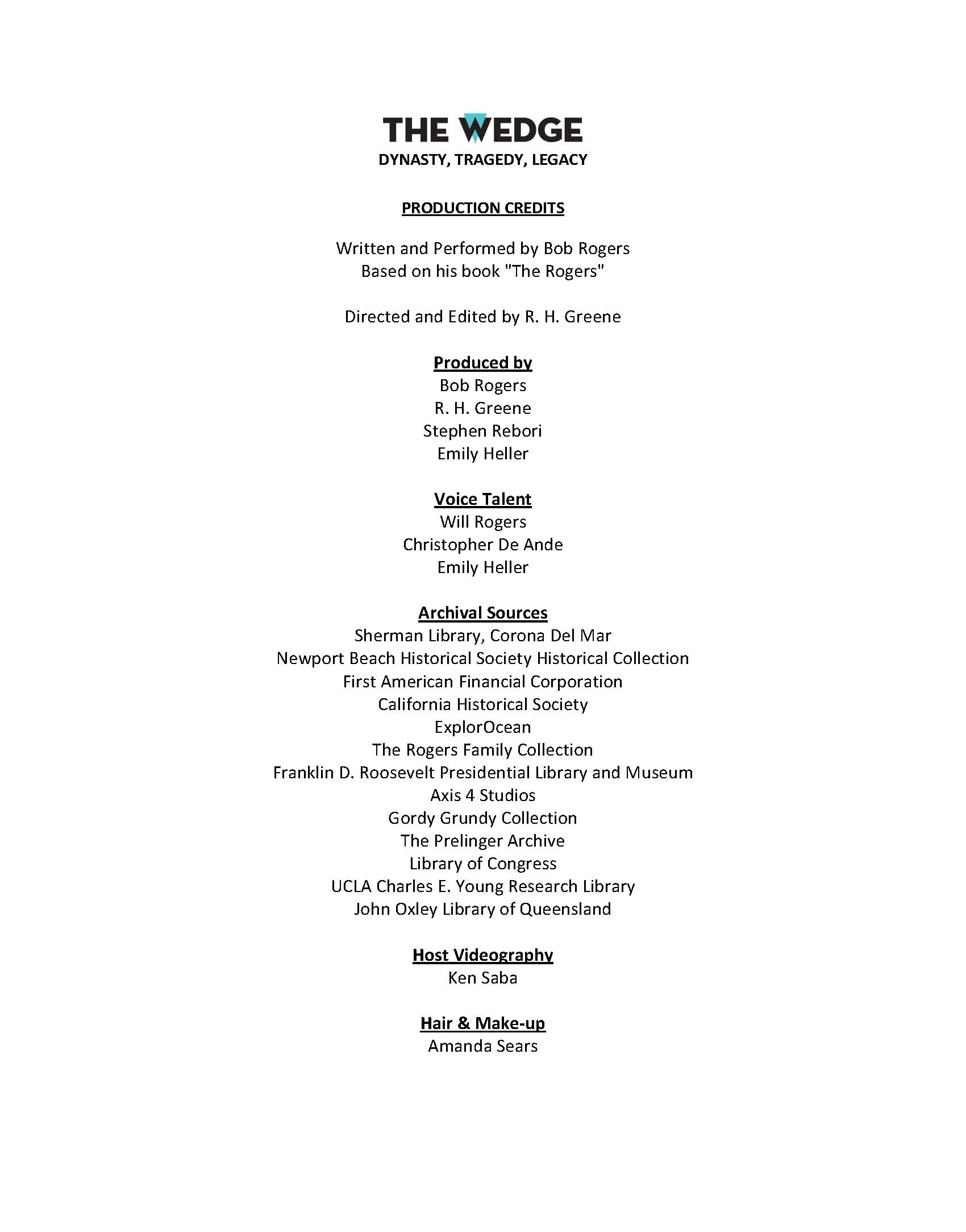 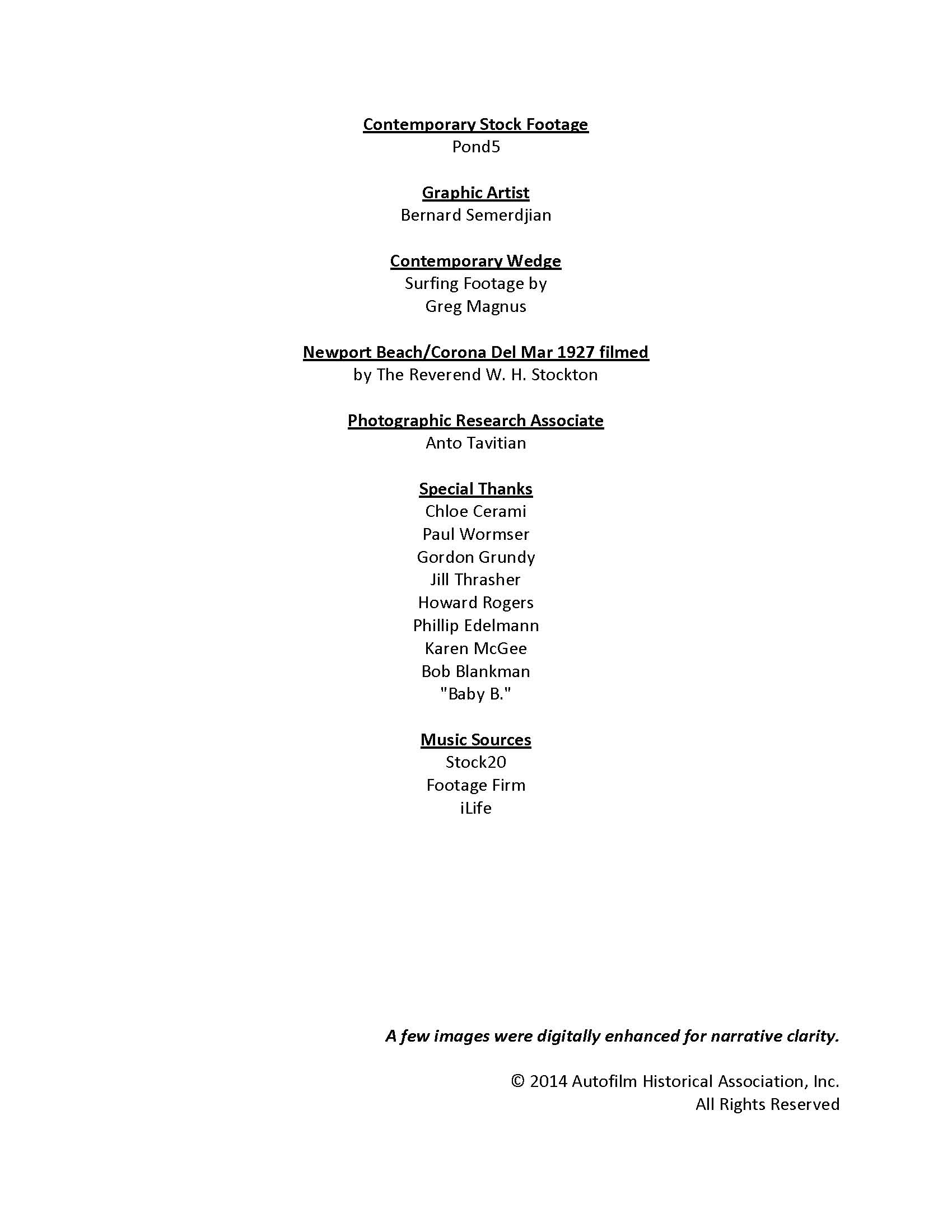 is a two time Oscar-nominated filmmaker and the founder and chairman of BRC Imagination Arts, an experience design firm. He has twice been nominated for the Academy Award for Best Live Action Short, for his films “Ballet Robotique” and “Rainbow War,” and is the recipient of 18 prestigious THEA Awards for his work as a creator of content-based visitor experiences for museums, cultural centers and theme parks. Rogers is also the author of “The Rogers,” a two volume family history, upon which “THE WEDGE: Dynasty, Tragedy, Legacy” is partially based.

is an award-winning documentary filmmaker and radio producer. Greene’s documentary films include VAMPIRA AND ME, an Official Selection of the 2012 Los Angeles Film Festival, released nationally by Cinema Epoch and EOne Entertainment in October 2013. Greene is a regular segment producer for the Pasadena-based KPCC-FM radio program OFFRAMP, and has also produced and directed three full length radio documentaries for Southern California Public Radio, including AIRBORNE: A LIFE IN RADIO WITH ORSON WELLES, which was nominated by the LA Press Club as best radio documentary of 2010.

is a project manager specializing in archival restoration and digital remastering projects. Rebori has overseen the preservation and restoration of over 340 short films, several of which are featured in “THE WEDGE: Dynasty, Tragedy, Legacy.” Rebori has also supervised the DVD authoring and distribution of multiple titles, including “The Civil War in Four Minutes,” a DVD project for the Abraham Lincoln Presidential Library and Museum.

is a recent graduate of California Institute of the Arts, with an MFA in Management, Specializing in Producing and Production Management. She has produced a variety of live theatrical presentations, films, conferences, and special events in Los Angeles County, including for the LA-based Red Brick Road Theatre Company, where she serves as Vice President and Marketing Director. She also serves as the Secretary of the Handshake Foundation, a California non-profit corporation committed to advancing practical education in arts, industry and amateur sports through the development of life skills through mentoring and practical education.